This is an interesting and often misunderstood topic. If one was to ask a variety of people “What does it mean to repent?” your answers would vary from “being sorry” to “turning away from sin”. Though these examples can be part of the repentance process, they in themselves are not repentance. Let’s go into the scriptures and see what we can find.

Matthew 3:1 Now in those days John the Baptist came, preaching in the wilderness of Judea, saying,
Mat 3:2 “Repent, for the kingdom of heaven is at hand.”

Matthew 3:2 could be read “Change the way you think and see, for the realm (kingdom) of the eternal (heaven) is here!” John the Baptist was the forerunner for the Christ and his message was that of preparation for one to recognize and enter the Christ.

Matthew 4:17 From that time Jesus began to preach and say, “Repent, for the kingdom of heaven is at hand.”
Jesus realized that a people who would not allow themselves to think differently would never be able to believe in what they cannot naturally see.
Remember what is said in Hebrews 11:1 Now faith is the assurance of things hoped for, the conviction of things not seen.

Faith is a conviction of things that we cannot naturally see. This conviction is a result of learning to think differently, learning to think beyond the physical and into the eternal or heavenly realm. This is what John the Baptist and Jesus were attempting to do, to empower people to believe and see in a way they never had before.

Matthew 11:20 Then He began to denounce the cities in which most of His miracles were done, because they did not repent.
Note here in this scripture that Jesus began to denounce those who would not allow themselves to think differently. The miracles were tools that God used to allow people to see beyond the natural and allow their minds to expand into a heavenly or eternal perspective of thinking.

So we see that repentance is a daily lifestyle that empowers us to grow into the fullness of the Christ through a continual change in the thinking processess.

To listen to the audio press here. 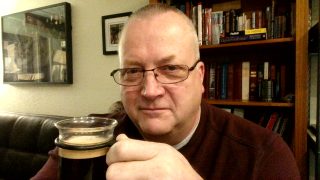 One Reply to “Repentance”